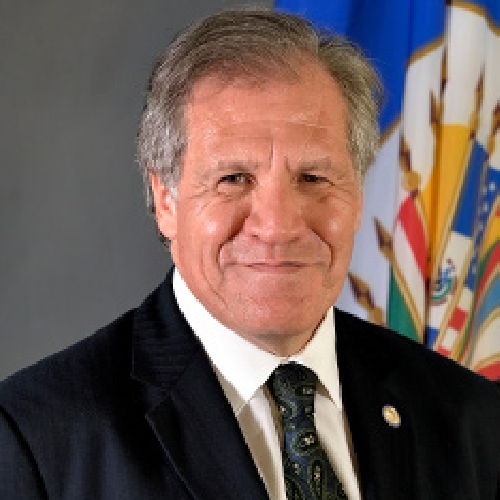 H.E. Amb. Luis Almagro Lemes was elected Secretary General of the Organization of American States since March 18, 2015. A career diplomat, Almagro was Foreign Minister of Uruguay from 2010 to March 1, 2015, and has extensive regional and international experience. In addition, he was elected Senator in the national elections in Uruguay in October 2014. Mr. Almagro was also Ambassador to China for five years, after occupying senior diplomatic posts in the Foreign Ministry of his country, and in the Embassies of Uruguay in Germany and Iran. In 2014, Foreign Policy magazine named him a Leading Global Thinker, one of ten decision-makers in the world who have been granted this international distinction. Almagro is a lawyer and speaks Spanish, English and French.